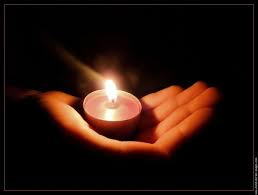 This is a re-post of this article first written in 2015. How sad is it that all we need do is to change the name of the Church or Synagogue and it is as relevant today as it was three years ago.

My heart hurts today.  The news on every channel is filled with images from South Carolina and the senseless killing of nine precious saints in the AME Church in Charleston.  My heart weeps for the destruction.

satan has stepped up his unholy boldness; he is no longer lurking in the shadows. Oh no, he is taking his evil right to Main Street America.

his pervasive evil now invades our homes to steal our children right from their beds only to rape, maim and murder the innocents – all done in the name of evil.  And satan laughs.

Evil now walks upright in the full light of day directly through the front door of our schools and opens fire on the innocents – killing all in its path; leaving a trail of destruction and tears that can never be repaired, never be forgotten – all done in the name of evil.  And satan laughs.

Evil now boards our airplanes – unafraid and undaunted. It takes control and three thousand innocents are murdered – all done in the name of evil.  And satan laughs.

Evil now plots and plans and stands boldly in the midst of goodness and accomplishment and tradition and jubilation to purposefully create and plant a device created solely to inflict death and carnage and untold damage and destruction of hundreds of lives – all in the name of evil.  And satan laughs.

his minions have become so bold that they now walk – upright and unchecked – straight through the front doors into the heart of a House of God.  Evil sat patiently plotting his next move while the Word of God was spoken and taught.  Yet that didn’t matter to evil.  Evil stood up and methodically struck down nine lives.  And satan laughs.  I’m sure he was dancing with glee knowing that evil struck while the Words of God still hung in the air.

Where are we going to allow him go next? I don’t have an answer to this. I did not write this article as a discussion into the issues gun control, political (in)tolerance, real or perceived discrimination over race, creed or gender, the economy, your stance on immigration, or the Washington political process. I wrote this article because my heart hurts. I was born and raised in small town America by Godly parents that taught us that we are no better and no worse than anyone else. I was raised believing in God and all that entails. I was raised to know that murder was wrong and angry words and raised fists never solved anything. I was raised to believe that people at their core are intrinsically good, while understanding that yes there are some “bad apples”. But those apples don’t have to spoil the whole bunch.

But that is not where this country is headed. As an outspoken Christian woman, I cannot back down on certain topics. To remain silent when blatant sinful behaviors and attitudes are taking hold in our Country would be, in my opinion, condoning the sinful behaviors.

In the last year or so, I have been labeled a racist, a homophobe, and a Christian (said as if it were a cuss word). That family member has ended all communication with me because of my Christianity and my political beliefs, and while that is sad – I am okay with that.  You see I cannot change my beliefs for the sake of getting along.  But if that can happen between family members, it is no wonder that it is happening between strangers with the angry rhetoric, unconcealed lack of respect ramping up higher and higher and louder and louder… wishing death to anyone who opposes them, death to this country, death to our leaders, just death. Where and when does that end? When does a civil discussion begin? I don’t know about that. How I wish I had an answer.

Oh how I wish that I could wake up some morning and not hear about the destruction of this country. Sadly, I don’t think that I will see that in my lifetime. Perhaps the cynicism, distrust and skepticism going on around me is beginning to seep behind my so-called rose-colored glasses. Don’t know about that. But what I do know is that if something dramatic doesn’t happen to bring God’s love back into our country and this world, I will revisit this article again and again.

I don’t have an answer, do you?

People of God – Remember this:

“If my people, who are called by my name, will humble themselves and pray and seek my face and turn from their wicked ways, then I will hear from heaven, and I will forgive their sin and will heal their land.” 2 Chronicles 7:14

Note: Emphasis, highlighting and formatting features placed on Biblical Scriptures are solely the actions of this writer and are used to set apart the text to the reader.