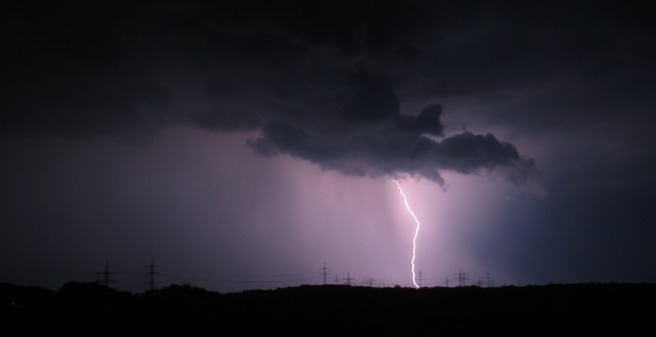 “The wise man in the storm prays to God not for safety from danger,
but deliverance from fear.” Ralph Waldo Emerson

I used to live in the Hill Country of Central Texas. We lived in a modest home right across the street from the amazing Lake LBJ. We were in close proximity to where the Lower Colorado joins the Llano River. It was such a beautiful area; we were blessed to call it home.

Central Texas, at that time, had been in a severe drought for quite a number of years. Many of the lakes on that river had dried up, Lake LBJ, however, was a constant level lake… so we were able to enjoy it immensely – drought or no drought.

It was about 2 years after we moved there, that the drought broke. And oh did it break. The rains started and it didn’t look like it was ever going to stop. Thankfully, our home was up on a little knoll… with all of the flooding, it looked like we lived on our own tiny little island, just big enough for our little house and our cars.

It took a day or so after the rain stopped for the flooding really begin. You see, the lakes upstream had filled, and then over filled. That water had to go somewhere… so of course it came downstream. Along with the truly massive amounts of water that came flooding into Lake LBJ and the Llano River, were boats, Jet Ski’s, rafts, boathouses’, docks… you name it. All ripped from their foundation… it all came down. I remember watching when they finally opened all of the flood gates on the Marble Falls dam; you could actually see it all go through the gates. The devastation was crazy. (Please understand, I am in no way comparing what I witnessed here to be the slightest bit the same as the horrendous devastation that hit Texas, Florida or New Orleans. There is no comparison.) It took some time until we could really get out and see how our neighbors fared through it all. What struck me as interesting was that those that were prepared, did well – all things considered. Let me explain.

Though I am not a builder, I recognize that there are several ways to build a boat dock. One way is to build it like my former employer… detachable, portable. See, for his boat house when times are hard and floods are coming, he pulls up the pins and drags his boat house away. Rather than take a chance at loosing what he has, he just doesn’t deal with it. He drags it away to somewhere safer; in this case a shallow, protected cove ties it off and waits for the trouble to pass. When the trouble is gone and the sun is shining, he drags the boat house back and resets the pins… until the next time.

Now there is another way to build a boat house/dock. And that is to anchor it deep into the bedrock. It is made out of some serious metal and concrete. Those docks are meant to last a life time. Very impressive. They will easily protect whatever you place in them. Your many dollars worth of boats and jet ski’s will be quite safe under the cover of those docks. That is until the water’s rise and the very expensive boats are jammed up tight under the solid roofs of these docks. Get enough water under them, and yes… they will rip straight out of the ground and float down the river to be spit out through the dam. Yes… anchored in the rock is good. But even then, you still need to be on the watch for what is lurking and wants to steal and destroy what you have.

And then there is one other way. The footing to this particular type of dock is anchored deep into the bedrock with good size steel posts. They are set firm and like the last type we talked about – designed to not be affected by adverse conditions. What was so interesting about this boat house though is that rather than being so defiant in the way it is built, this dock is prepared in the event high waters comes.

You see, these boat houses/docks are secured to the deeply rooted steel anchor poles by very large steel rings. These very large steel rings will ride and down the very tall steel poles as the waters rise and fall. The maker of this dock understands that though the waters of this lake are supposed to be constant level and therefore should never flood, the maker of this dock is prepared. He understands that even though we are anchored deep into the bed rock, and we are assured by what is promised to us by way of no adverse conditions… this person knew that there was always a chance that something can happen.

“Therefore everyone who hears these words of mine and puts them into practice is like a wise man who built his house on the rock. The rain came down, the streams rose, and the winds blew and beat against that house; yet it did not fall, because it had its foundation on the rock.”  Matthew 7:24-25

Such is our life. As Children of God, we are to be like the man in Matthew 7 that built his house on the rock. When the rains came down, and the streams rose, and the winds blew and beat against that house; yet it did not fall, because it had its foundation on the rock.

Do not be like the first builder. Quick to  pull up stakes and drift away to tie off to the nearest something, someplace safe until the storm passes. There is always going to be another storm. You can only avoid and outrun them for so long. Sooner or later the storms will run you over.

Do not be like the second builder. While anchored deep into the bedrock, built so strong that it should withstand anything that comes its way, its’ built for strength and longevity.   Until the water rises too much for the house, with no ability to flex in the storm, it’s foundation is cracked and broken and what was thought to have been strong enough to protect its contents, is dashed on the rocks.

Instead, be like the third builder. Anchored deep into the bed rock – solid and sure. But also to have an understanding and be prepared that even though it’s not supposed to happen… devastating storms and flood waters could rise up and try to destroy what it being protected in that house. Prepare yourself to ride out the high waters. Allow yourself to remain deeply anchored to that rock solid foundation, yet be flexible enough to rise and fall with the storms of life.

Prayer when going through life’s storms:

Father God, Your Word tells me to anchor my house deep in the solid foundation of the rock. That rock I know is You. And while I try so hard to do that, and to abide there, I sometimes feel afraid. I don’t always understand why I’m in the middle of the storms. I can feel the rains beating on my house, the winds blowing so strong wanting to push me over. Lord, more than once You calmed the torrential seas with just Your Words. Lord, speak those words into my storm.

Help me to remain steadfast and focused on You.  Help me to remember that You are my refuge and my strength, You are my ever-present help in trouble. I know that You will not allow me to be destroyed. Give me the wisdom and the strength to not be overwhelmed and discouraged. Help me to remain steadfast in You, to keep my eyes focused on You. Help me to remember that in the midst of my life storm, that I need only stand back and watch the Glory of God as You are with me through my storm. I know that in Your glory, You will calm the storm and protect Your child.

Lord, I don’t always understand the purpose, but I do thank You though for the storms that I’ve been allowed to experience and finally overcome. You are faithful and true. Thank you for loving me. Thank you for all that I am. And I ask all of this in the mighty unmatched name of your Son Jesus, Amen. 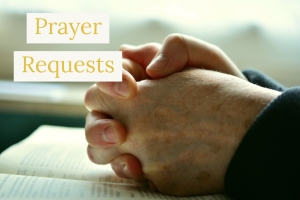 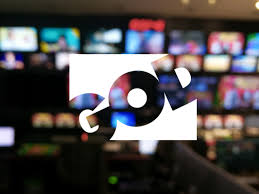